This blog is project of International-Lawyers.Org on Climate Change.

International-Lawyers.Org urges States to put in the bank (in this case the Green Climate Fund) the money that they promised more than two years ago and which they are legally obliged to provide under the terms of the UNFCCC.

To date developed States, despite numerous pledges, have provided only insignificant financing. The financing provided has been to funds that do not serve the most urgent needs of developing countries. While more financing has been provided to sustain the commodification of planet's atmosphere by supporting carbon markets and REDD+ projects, the Green Climate Fund and the Global Environment Facility have remained without adequate funding.

The failure of Annex I States to live up to their pledges, which contradicts their international legal obligations under the UNFCCC, has detrimental impacts on the human rights of the most vulnerable people on the planet. This failure prevents developing countries from being able to protect themselves from the adverse impacts of climate change and hinders their ability to contribute to ensure their future development is climate friendly.

International-Lawyers.Org believes that the obligation of Annex I States to immediately provide new, additional and adequate funds is inseparable from their obligation to prevent violations of human rights resulting from climate change. The time for pledges and broken promises is over. Unless a realistic level of funding is provided immediately, the most vulnerable people in the world will suffer widespread and serious interferences with their human rights.

If such a situation occurs, Annex I States that have failed to provide new and additional and adequate funding will bear the legal (State) responsibility for the violations of human rights resulting from this failure.

Bolivia again distinguishing itself as a climate champion

While other States have pushed to include oceans and agroiculture in themarket mechanisms of the UNFCCC/Kyoto Protocol regimes, Bolivia has deended nature against this enhanced commoditization.

In the closing session of subsidiary body for scientific and technological advice (SBSTA) developed States tried to include  agriculture in the carbon market mechanisms. This would mean that eventuiall agricultural removals of carbon coudl be converted to carbon market credits.

Bolivia protested claiming that such a move interferes with food securtiy (the human right to food) especially of indigenous peoples, peasants, and small farmers.

Rene Orellana said that in "Bolivia the 37% of the population produces food that are the basis of food security peasant and indigenous and the remaining 63% of the population ... Agriculture is affected by climate change, natural disasters caused by extreme weather events... we cannot assume agriculture is only an element of climate mitigation ... [w]e must mainly focus on agriculture within the framework of the climate adaptation, of the eradication of poverty (the human right to an adequate standrad of living) and hunger (the human right to food) ... [and not merely] mitigate our sources of life!"
India, Argentina, Brazil, Uruguay, Nicaragua, Venezuela, Cuba supported Bolivia and the discussion of the item was postponed for consideration at COP19 in November/December 2013.

PRESS RELEASE: COP18 FALLING SHORT OF THE ACTION NEEDED TO PROTECT OUR CLIMATE

International-Lawyers.Org expresses its serious concern about the state of the climate talks at COP18. States have lost their way towards achieving the action that needs to be taken to address the most serious adverse impacts of climate change for the most vulnerable people in the world.

In part this failure is due to a lack of commitment to the basic values that are necessary for protecting our planet. International-Lawyers.Org is especially concerned that little progress has been made on agreeing to the guiding principles or Shared Vision of all States for addressing climate change in the draft outcome of the AWG-LCA track. Agreeing to guiding principles is a conditio sine qua non for taking adequate international action on climate change.

International-Lawyers.Org calls on all States to support language in the LCA text that recognizes their existing human rights obligations.

PRESS RELEASE: STATES MUST CONCLUDE THE WORK OF THE AWG-LCA AND AWG-KP WITH INTEGRITY

International-Lawyers.Org and Nord-Sud XXI urge States to adopt conclusions to the work of the AWG-LCA and AWG-KP that are consistent with their international legal obligations to act in accordance with the best available science.

Only conclusions to the work of the AWG-LCA and AWG-KP that uphold the principles in the UNFCCC and its Kyoto Protocol, as well as existing international human rights law, can provide the action that is needed to address the global threats posed by climate change. Such conclusions must respect the principles of 'equity' and 'common but differentiated responsibilities' in their historical context and in light of existing obligations. This requires Annex I countries to take the lead in both mitigation action as well as to provide new and additional financing to non-Annex I countries.

“Closing the AWG-LCA and the AWG-KP without conclusions that respect the principle of common but differentiated responsibility in its historical context, is equivalent to developed countries placing the blame for the adverse impacts of climate change on developing countries that have been the victims of centuries of over-exploitation of the atmosphere by developed countries,” said Dr. Curtis Doebbler, President of International-Lawyers.Org speaking at a side-event at COP 18 on 27 November 2012 at COP18 in Doha, Qatar. Dr. Doebbler added that States that block adequate action in Doha could find themselves “legally responsible under international law for massive violations of human rights around the world.”

States have pledged to take action to address the adverse impacts of climate change that threaten billions of people around the world in the UNFCCC and at previous COPs, yet many developed States listed in Annex I of the UNFCCC remain unwilling to uphold in good faith the legal obligations they have undertaken two decades ago.

Subsidiary Body on Implementation (SBI) at its 37th session (SBSTA37) and the Subsidiary Body for Scientific and Technological Advice) (SBSTA) at its 37th session (SBI37) both closed early Sunday morning, 2 December 2012 with few substantive decisions and much still left to be decided. Overall it seemed that developed countries were pushing for developing to do even more than they are already doing now, which is the bulk of the heavy lifting. At the same time developed countries sought not enhance their currently inadequate efforts. The result is that after the SBSTA37 and SBI37 we are still left with an inadequate commitments or even a plan of action for protecting our planet.

As many of the SBSTA and SBI decisions will now go to the COP and CMP for adoption without much enhancement, while it can be argued that incremental progress is being made to better understand climate change, it is clear that like the action expected from the AWG-LCA, AWG-KP and DPA of the COP/CMP, any suggested action is likely to be too little to late.

The SBI and SBSTA outcomes might be the first sign of the COP and CMP failing as means of implementing the UNFCCC. If this happens State will be forced to forsake these political forums for other means of implementing the obligations in the UNFCCC and its Kyoto Protocol. The alternatives will include international legal action and the use of other international mechanisms dealing with the damage caused.

Although States made some progress towards a mechanism on loss and damage it is unlikely that they will agree on a mechanism that excludes other forms of legal redress.

The question of whether or not to include capture and storage as clean development mechanisms (CMD) was considered in a draft conclusion but left undecided (FCCC/SBSTA/2012/L.21).

As concerns research and systematic observation the SBSTA welcomes the technical input of the World Meteorological Organization (WMO), the Global Climate Observing System (GCOS), the International Panel on Climate Change (IPCC) and the Committee of Earth Observation Satellites (CEOS). It noted the importance of GCOS for the vulnerability assessments and adaptation of developing countries. It agreed to hold workshop on technical and scientific aspects of ecosystems with high-carbon reservoirs not considered elsewhere, for example, coastal marine ecosystems, at SBSTA38 after parties make submissions on what the workshop should cover by 25 March 2013. (FCCC/SBSTA/2012/L.25).

The SBSTA agreed to consider the submission by States and stakeholders on the Nairobi work programme on impacts, vulnerability and adaptation at the next session (FCCC/SBSTA/2012/L.26).

The SBSTA decided to terminate the pilot phrase of the Joint Implementation. (FCCC/SBSTA/2012/L.27).

The SBSTA agreed on a workplan to be completed by COP20 in 2014 to revise the guidelines for the review of biennial reports and national communications, including national inventory reviews for developing countries.

In addition workshops on areas a and h of the Forum on the impacts of implementation and response measures sent for reporting reported, while a summary o views would be issued for area f at the next session, the 38th session. At the 39th session of workshops will be held on areas b,c, d and g. (FCCC/SBSTA/2012/L.23). All stakeholders were invited to participate in the work of the Forum.

Little surprising or moving the work fo the SBI forward was adopted at COP18. The one bright spot however may have been the draft decision on gender and the climate talks.

The SBI adopted a draft decision (CP.18) promoting gender balance and improving the participation of women in UNFCCC negotiations and in the representation of associated treaty bodies (FCCC/SBI/2012/L.36). This was welcomed by the Observer group on women and gender. It was pushed strongly by the WEOG and reported drafted by a group assisted by former Irish president and former UN High Commissioner for Human Rights Mrs. Mary Robinson. The draft decision reiterates a decision taken at COP7 (36/CP.7), but enhances it by asking States Parties to adopt “a goal of gender balance" (OP 2) and by adding the issue of gender and climate change as a standing item on the COP agenda (OP9). 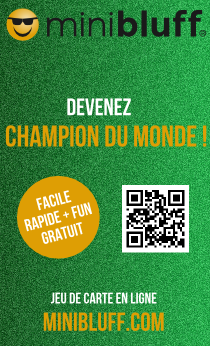